You are here: Home / Travel, Food & Culture / Crazy Crus! 2013 Grand Crus of Bordeaux tasting in NYC @ugcbnet, #Wine, #Bordeaux
Like it? Share it!

There are some simple truths when it comes to fine wines.  First, wine most always reflects the place where the grapes were grown.  This is what is called the terroir or the natural elements of a region including its climate, soils and geograpny.  Second, wine nearly always reflects the time or the year when it was produced.  We have heard many a sommelier discuss how wine is a time capsule, and particularly when it comes to Bordeaux wines, vintage is extremely important.  Finally wine represents the artisanship of its maker.  A good winemaker can bring a lot of distinctive characteristics to a wine that a neighboring chateau with the same grapes simply cannot accomplish.

We saw these three characteristics interact at the Grand Crus of Bordeaux walk-around tasting, held at Cipriani in Manhattan last month.  We wrote about this event last year when the 2012 Bordeaux wines were released, and this year we feature the 2013 vintage. 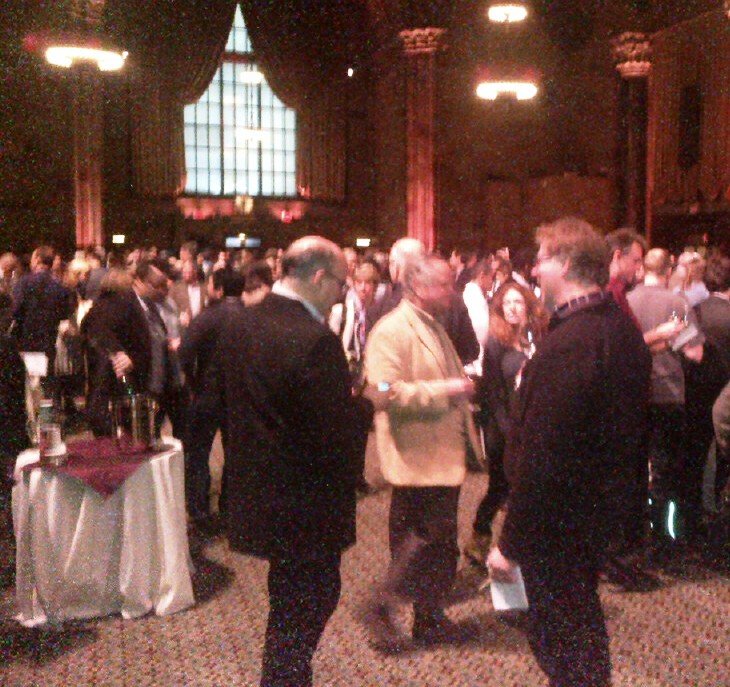 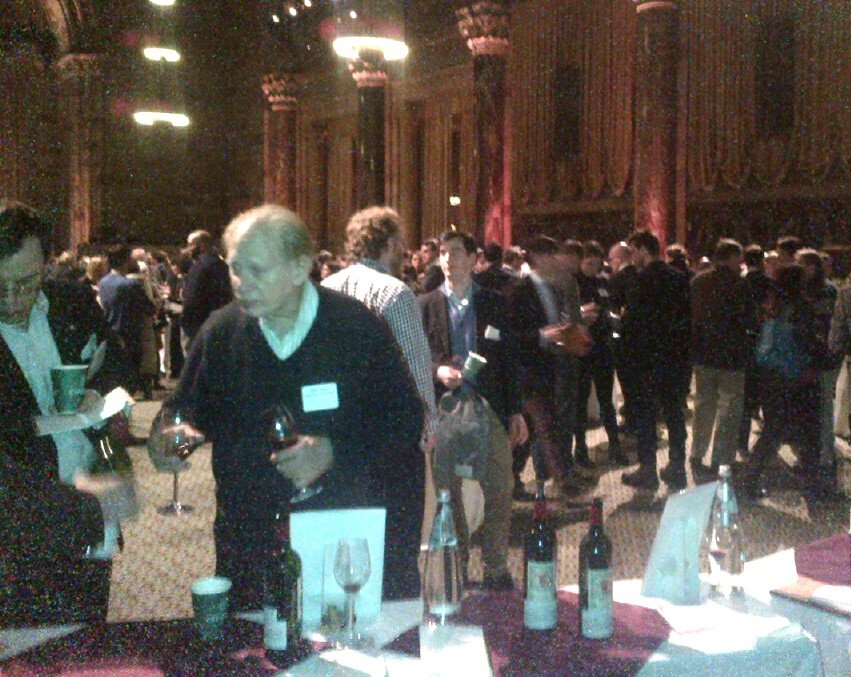 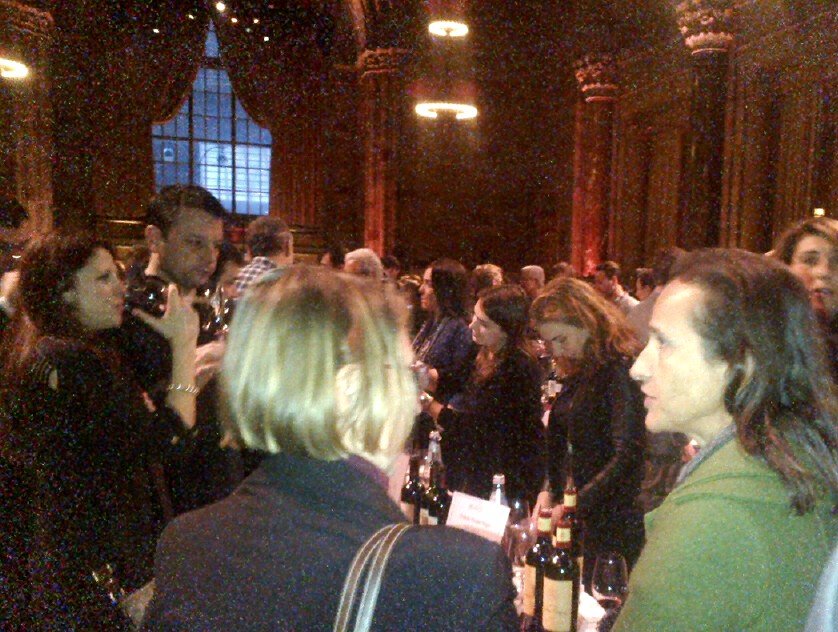 Yes, it can get a bit crazy. Bordeaux has had a difficult few years, and the 2013 vintage was one of the most challenging in recent memory.  The weather was not conducive to grape growing with an extremely cold and wet start to the growing season.  More rain at harvest time led to increased rot, and yields were very low, leading to a drop in production of about 25 percent over 2012 – which in itself was not a great year.  With such low volume, producers not only have less wine to sell, but they were not able to produce as much premier wine as usual.  In fact, the number of producers showing at the event was down from over 100 the year before to just 85 this year.  For consumers; however, while the amount and quality of Bordeaux may be down in 2013, there should be bargains available, particularly for non-collectors who are looking for excellent wines to drink over the next few years. 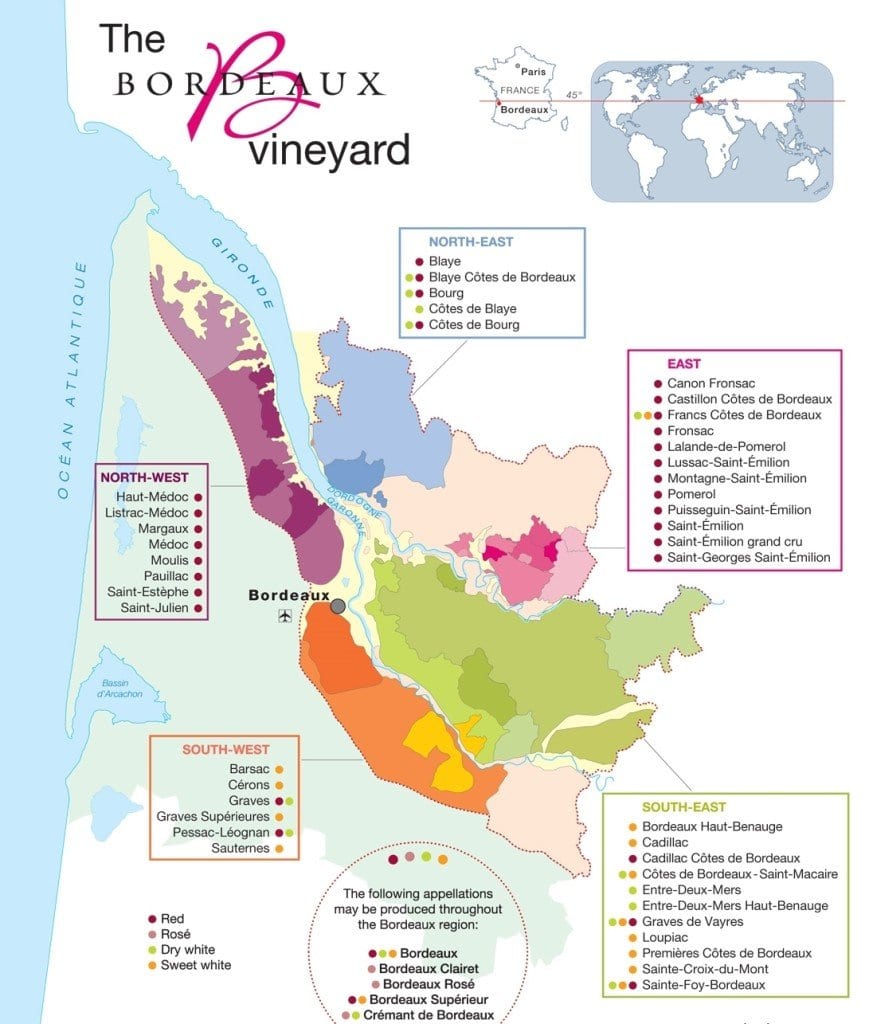 In the brief period of time that I had to sample wines at this event, sponsored by the Union des Grands Crus de Bordeaux, an association consisting of about 130 estates with specific quality standards and located in the best appellations, I sampled a range of wines with a focus on the northern three communal appellations of St. Estephe, Pauillac and St. Julien located along the left bank of Garonne Estuary.  In general, while all of the wines that I tried were very well made and each had a taste profile that one would expect from the region, none had the strong tannic structure that is generally found in a young Bordeaux.  This suggests to me that while these will be good wines that will stand up well to food, they may not shine with age. Probably, they should probably be cellared more toward the lower end of the range (8 to 10 years), or for those who don’t like to wait, you might even drink them now rather than hold them for the long term.

Starting in the north in Saint-Estèphe, a region generally noted for producing wines with a solid tannic structure and good acidity we began with Chateau Phelan Segur.  Priced at about $35 a bottle, the wine was ruby in color with a nose featuring berries and some cinnamon.  The wine was not at all tight and featured notes of plumb and cherries on the palate, though the finish was a bit dusty.  This wine reflected very much on the vintage and is a great wine to enjoy now, though its age-ability is probably somewhat in doubt.

On the other hand, Chateau de Pez, priced at about $37 a bottle, was a much richer experience of Saint Estephe.  Dark red in color with a nose featuring black fruits and licorice, the wine showed light on fruit out of the bottle.  The structure was much more in place that with the Phelan Segur suggesting that the wine could age a bit longer – not a 25-year wine but this will improve with age.

Moving up-river we enter the communal appellation of Pauillac.  This AOC is considered to be the heart of Bordeaux and is home to 3 of the 5 premier cru châteaux. We sampled Chateau Clerc Milon (priced at about $50 a bottle), and found that it represented the region well.  Dark red in color, a skunky nose blew off into a range of strawberry and raspberry notes.  The wine was sweetish up front without a huge amount of fruit though berries were present.  It had some balsa wood notes that are often found in Pauillac wines.

Chateau Grand Puy Lacoste at about $30 a bottle was one of the wines from the vintage we sampled that would probably age better.  The dark red colored wine had good tannins and structure.  The nose was redolent with strawberry and the palate featured notes of cassis, sour cherry and spice.  This was a very fresh tasting wine and was obviously well made that seems to overcome the lack of character in the vintage itself.

The third of the communal appellations we visited at the tasting was St. Julien.  Wines from this AOC are generally known for their lighter character.  We found more oak character in these wines than in the other two AOC that we visited in the tasting, and generally thought that these wines were good to drink now.

Starting with Chateau Talbot (about $45 a bottle) we found a dark red wine with a nose featuring strawberry and blackberry notes.  The wine was fruity up front but more of a strawberry than the expected black fruits.  It had soft tannins and a bit of milkiness to it.  It is a good wine for drinking young.

Chateau Leoville Poyferre at about $60 a bottle was dark red in color with a raspberry nose with a bit of nutmeg.  The wine was astringent up front reflecting its young tannins, with plum, berry and vanilla notes across the palate.

Finally Chateau Lagange at about $40 a bottle was a dark red color with a nose of strawberry and vanilla.  The palate was fresh and fruity, with cherry, raspberry, strawberry and a lot of vanilla notes.  This as a new world style wine that I think should be drunk now rather than aged.

Wines from Bordeaux are traditionally paired with hearty foods, generally beef, lamb and game.  This is because red meats have proteins which attach to the tannins in the wine and make it less astringent and bring out the fruit and spicy notes.  In the case of the 2013 vintage, this still holds true, however, the lack of structure to most of these wines suggest that they will pair better young.  It is also this tannic structure that helps allow the wines to age and still hold their fruit, so the soft tannins featured in most of the 2013 vintage that we sampled suggest that aging will not go as well as expected.

Bordeaux can be complicated, especially for neophytes. There is true delight in finding affordable and delicious wine from this region.  The lower prices found on the 2013 vintage make these excellent choices to order off lists now, substituting them for higher priced, older vintages.  My personal take from the walk around tasting is that the 2013 vintage will be a great opportunity to take advantage of  (what might be) less interest in the vintage from collectors, and a chance for everyone to enjoy excellent Bordeaux selections from higher level houses.

*Editor’s note:  advicesisters.com apologizes for the poor quality of the photos. Our wine columnist refuses to give up his Blackberry. We encourage our readers to write: advicesisters at advicesisters dot net or tweet us @advicesisters and urge John to join the modern world #GiveUpThePhone