You are here: Home / Travel, Food & Culture / A Great Match From Spain: De-Mystifying Sherry
Like it? Share it!

by John Dunham for advicesisters.com

Last month, I had the pleasure of attending the Spain’s Great Match event at the IAC Building in New York, where and the neighboring region distributors and organizations representing hundreds of different Spanish wines and wine regions presented to American restaurants, distributors and others in the trade.   As with all of these walk-around tastings, it is difficult to report on everything and this is particularly true of Spanish wines.  There are literally 128 different wine regions in Spain including both the internationally recognized Denominación de Origen (DOs), and the local Vino de la Tierra (VdlT), literally “country wines.” To examine all of these during an hour or hour and a half tasting is literally impossible.  This is why we try to focus on a single region or varietal whenever we attend one of these events. 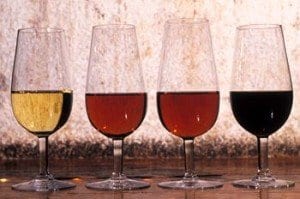 In this case, with the cooler fall and winter days coming, I chose to focus on the wines of Jerez (Jerez / Xérès / Sherry), thinking that these fantastic wines are great to enjoy by the fire after dinner.  But I  learned that many  in the wine field don’t understand it very well. Sherry is a versatile wine for supping, pairing and cooking. It’s not  just one wine, either. The range of  wines make excellent choices for all aspects of a meal.

To many, sherry is simply something sweet that you sip from a dainty glass before or after dinner, but it’s so much more than that. Read on as I de-mystify sherry and learn why it’s a wine you will love, after you’ve tried different types. 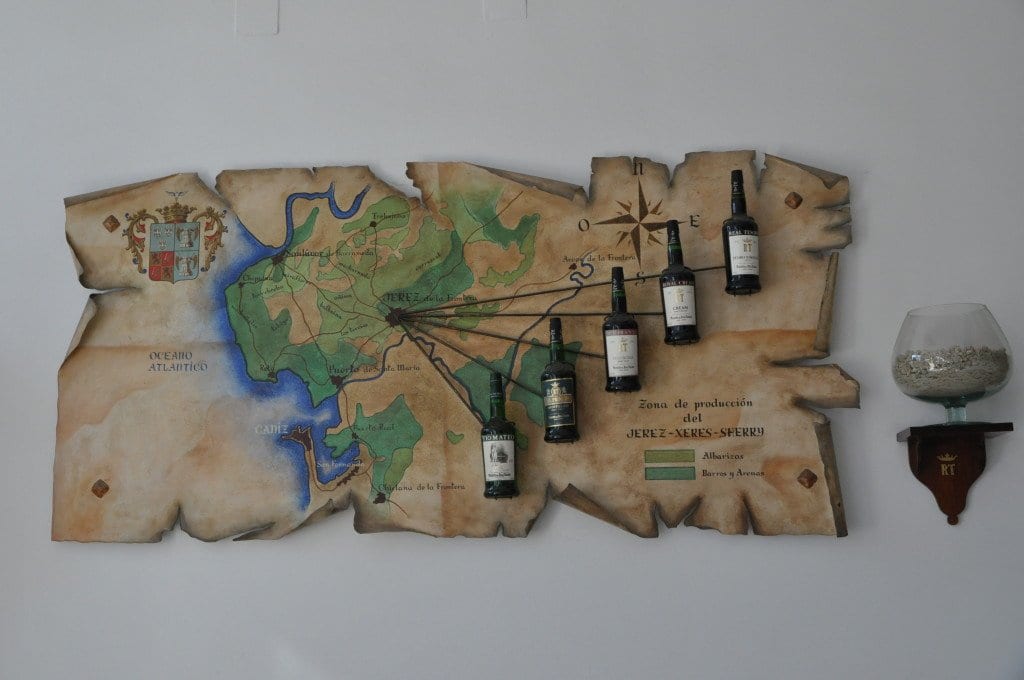 Sherry has a long history. The Jerez-Xeres-Sherry Denominación de Origen was the first Spanish wine denominación. Sherry must come from an area outside of the city of Cádiz between Jerez de la Frontera, Sanlúcar de Barrameda, and El Puerto de Santa María. This is the southernmost tip of the country, just north of the straights of Gibraltar.  Since this is one of the most southerly winegrowing regions in Europe the climate is obviously warm, however it is influenced by moderate and humid winds generating sufficient amounts of rain to support the vines.  But having visited the region a few years ago, this reviewer can confirm that the temperatures can be quite high.  The region is characterized by a chalky limestone soil that helps contribute to the substantial minerality of the wines from Jerez, which are produced generally from three white varietals: Palomino, Pedro Ximénez and Moscatel. 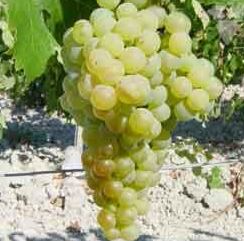 Palomino is the most common varietal used to produce sherry wines.  This grape produces wine that is both is low acidity and sugar and is generally not used in production outside of this region.  The Pedro Ximénez grape has higher sugar content and greater levels of acidity and is generally sun dried (and thereby concentrated) prior to being used in the wine making process.  The same is true for the Moscatel which provides much of the sweetness in sherry wines.

The region has been producing wines from at least as far back as Hellenistic times, but the wineries in the region today, known as Bodegas, have their ancestry in the 17th and 18th Centuries when British merchants began to invest heavily in the region.  They began to produce many of the concentrated wines that we know of today as a way to get around the volumetric tax regime in the British Isles.

Today, sherry is produced in dozens of bodegas in the region, some which focus on the aging of wines and others on initial production.  In general, there are three types of sherry wines produced, Vinos Generosos, or dry sherry, agend sherry, and sweet sherry. 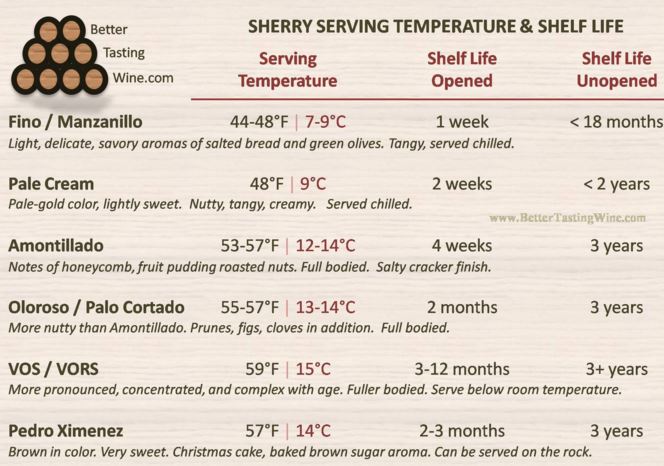 The dry sherry wines include Fino (‘fine’ in Spanish) is the driest and palest form of Sherry which is aged in barrels under a cap of yeast to prevent contact with the air; Manzanilla which is a specific light variety of Fino; Amontillado which is a darker Sherry that is exposed to oxygen after the aging process; Oloroso which is oxidized for a longer time and is a richer wine with higher levels of alcohol and Palo Cortado is aged like an Amontillado. However the protective yeast flor is removed.

Sweet sherries, or Vinos Generosos de Licor are blended from dry sherries and naturally sweet wines and are more akin to the sherry that my mother drank back in the dark ages.  These encompass the Cream sherries (Pale Cream, Medium and Cream).

Finally there are the Vinos dulces naturales which are naturally sweet Sherry wines produced from over-ripe or sun dried grapes. These wines are intensely sweet and dark brown or black in color. 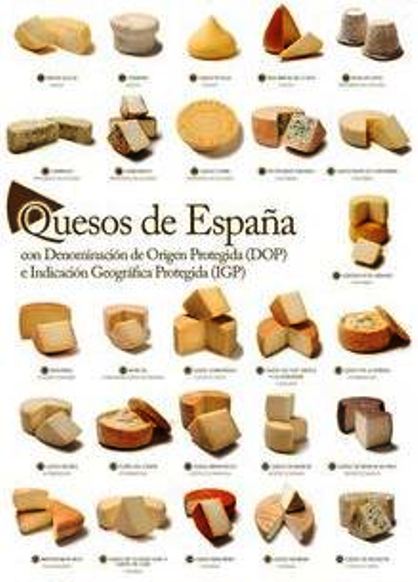 While most Americans often tend to think of Sherry only as the Cream and sweet versions, it is the dry sherries that are popular in the region, and that make great food wines.  Unfortunately, these have not often made their way to restaurant wine lists, and can be hard to find in local package stores.  The regional wine board is working hard to change this, even promoting Sherry based cocktails at the Spain’s Great Match event.  To do our part to educate the public about these wines, I reviewed a number of different sherries from different bodegas at the event. Truthfully, they all paired well with the stronger Spanish cheeses being sampled by Cheese From Spain (www.cheesefromspain.com), and I would suggest trying them throughout the courses of a good dinner.

We started with a familiar wine, Tio Pepe, a Fino priced at about $18 a bottle.  This which which was a light golden color and a nose featuring light lime notes along with an expected saltiness.  The wine was bone dry with a high level of minerality, some lemon pith and little acid.  This is a flexible pairing wine that will not take away from food.  It would be ideal with anyting salty, and with shellfish or even sushi.

From Emilio Lustau Winery we sampled a Manzanilla sherry called Papirusa (about $15 a bottle).  This wine was light yellow in color with a clean nose that reminded me of a laundry-mat.  The wine was dry, clean and had some saltiness.  There was a kind of bitter note as well, but not unpleasant.  This white wine would be an excellent choice with stronger flavored meats like pork, and lamb.

Another dry sherry from Lustau was Los Arcos (about $15 a bottle), an Amontillado.  This wine had the color of light cola and a nose featuring sweet prune and plum notes.  The palate was actually quite dry and crisp, with some smoke and moca notes on the finish.  This is an excellent Amontillado and would pair well with seafoods, smoked meats, and tapas.

An Amontillado version of Tio Pepe is  Viña AB ($24 a bottle).  This wine averages at least 12 years old.  It is dark, cola in color and has buttery notes on the nose.  The palate is peppery and dry but opens up on the end with nuttier notes at the end.  Another great wine to pair with entrees ranging from roast chicken to stronger meats like pork.

From Bodegas Dios Baco I sampled an Olorosa called Elite ($25 a bottle).  This was honestly a highlight of the tasting.   Tea colored, the nose of this wine featured raisins (remember it is made from sun dried fruit), and vanilla.  The wine was sweet and spicy with excellent balance across the palate.  It had good acidity making this sweeter dry sherry an excellent food wine, pairing across a meal with richer appitizers (say foie gras) through a poultry course and on through to a creamy or nutty desert.

Sweeter sherry wines that I sampled included Bodegas Dios Baco Pedro Ximenez varietal.  This sherry wine is aged for 25 years and has a dark brown color.  The nose is redolent with raisins and leather, and the wine was syrupy on the palatte, with a taste resembling what we can best describe as English Leather cologne.  There was a lot of raisin on the finish.  While the wine was very sweet it was also ery well balanced with some acid.  This is the desert wine that we came looking for and would be excellent sipping by a fire after dinner.

Another Pedro Ximenez that I sampled was Noe, from Gonzalez Byass (about $60 a bottle).  This 30 year old varietal sherry wine is dark brown in color with a nose dominated by raisins.  The wine was syrupy but not at all cloying, with a lot of nuttiness and some smoke.  Another wine to have with creamy deserts like ice cream or crème burlee. 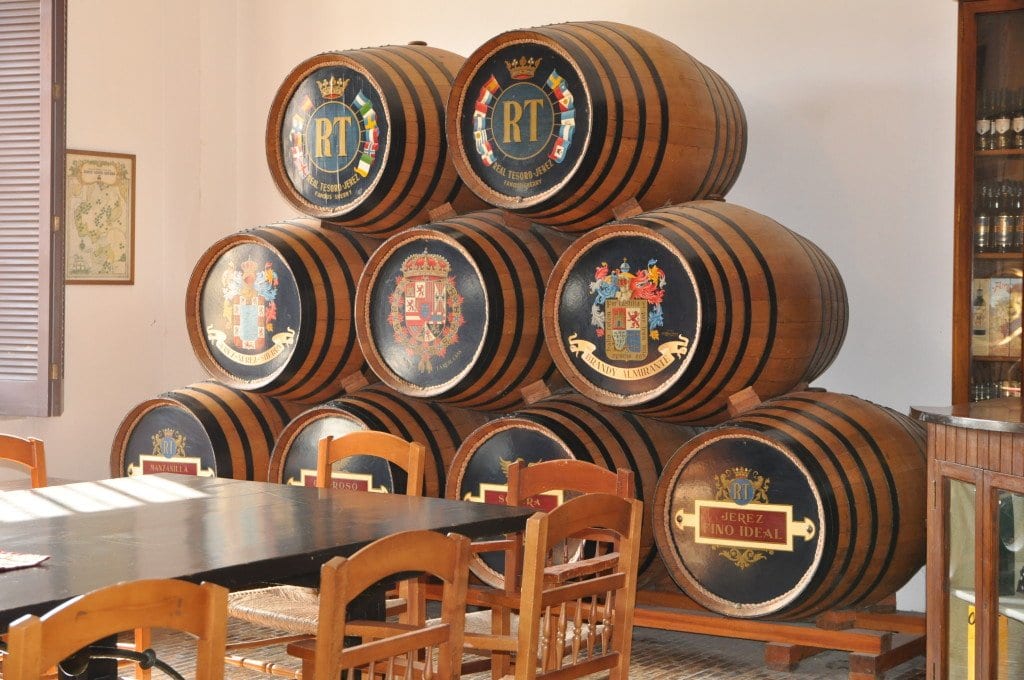 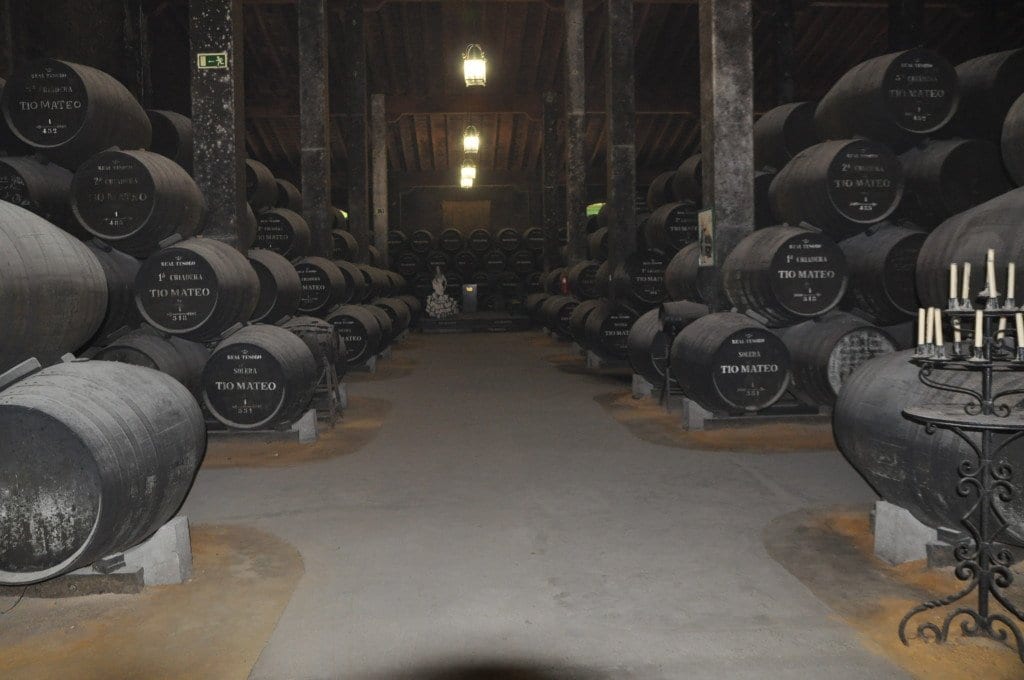 All in all, the wines from the Jerez (Jerez / Xérès / Sherry) region showed very well, and they are surprisingly versatile for pairing. You’ll find most sherries on wine lists suggested as after dinner wines, but  they should be part of every well stocked cellar.  Surprise your guests at your next dinner party when you bring out a dry sherry to pair with a lamb course during the holidays (they’re almost here)!

Wines from Spain is a promotional division of the Trade Commission of Spain based in New York. For 30 years, Wines from Spain has been committed to increasing the awareness of Spanish wines throughout the United States through education, informational materials, special events and promotions. For further information on specific wine regions and producers, please contact: Wines from Spain, Trade Commission of Spain, 405 Lexington Avenue, 44th Floor, New York, NY 10174-0331 or visit www.WinesfromSpainUSA.com.