You are here: Home / Food & Drink / Visit the Finger Lakes for Fabulous Food and Wine
Like it? Share it!

So the 1992 Neil Young song from the album of the same name is not about wine. But it is the end of harvest season in the wine industry, and in colder locations like New York’s Finger Lakes it’s a perfect time to visit.

We have written many times about Finger Lakes wines, especially the Rieslings, that predominate in the region. (See for example: Celebrate the launch of Reislings 2013 with fabulous finds in Finger Lakes Wines 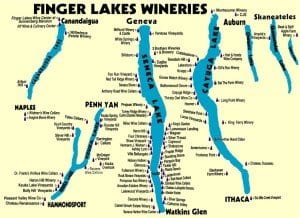 However, there is a wide range of different varietals grown in the region.

At the “Escape in Every Sense reception” event, for example, we sampled Hazlitt Vineyards Sauvignon Blanc (2014: $19). The wine was a light straw yellow in color with a kind of tomato nose. But on the palate the wine was quite fruity with a good acidity. We found peach and mango notes and a long slow finish. Not exactly what I would expect from say a Sauvignon Blanc from the Loire but a nice wine that would pair well with milder foods like pork or shellfish.

We also tried a Cabernet Franc from Wagner (Wagner Vineyards Cabernet Franc 2012: $15). Cabernet Franc grows very well in the northeastern part of the United States and you can find some excellent examples from Virginia all the way up to Ontario. This wine had a light red color and a nose featuring a lot of vanillas along with the expected peppery notes.

On the palate,  it was soft but still a bit closed suggesting that it could use a couple of more years in the bottle. There was a lot of oak in the wine giving it a vanilla feel, but there were sour cherry notes along with some pepper and plum. It’s a nice wine and actually paired well with the duck that was being featured at the event.

We also sampled an apple cider from Warthog Cidery, one of many different offerings from the CK Cellars winery and cider company. Selling for $10.95, the cider was clean and open and not overtly apple in nature with some peach and definite pear notes. There are a number of different cider producers in the finger lakes, and upstate New York is becoming a mecca for cider production along with the Pacific Northwest.

The Finger Lakes is Great for Foodies

The event also featured a number of food products from the Finger Lakes including a very creamy goat cheese, and samples of grilled pork, duck and sausage.  Chef Brud Holland also presented some pickled flowers – marigolds I believe – that paired brilliantly with a country pate that he was servings. 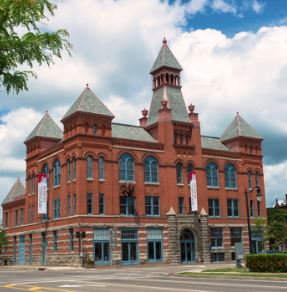 What was really special about this event was that it was hosted by the Rockwell Museum. This 40 year old  Smithsonian Affiliate located in Corning, New York. The museum features American art including its core collection of contemporary Western and Native American art. At the event, the museum was featuring the artists Steven Ladd and William Ladd, who were asked to curate an exhibition that reflects their American experience.

The brothers mined The Rockwell Museum’s collection in order to create 40 visual stories. Each object has been installed in a unique grouping designed to alter its original meaning, encouraging us to view them in a new light. In 40 for 40, the artistic creation is the new context rather than the objects themselves.

At the event, the museum was featuring the artists Steven Ladd and William Ladd, who were asked to curate an exhibition that reflects their American experience. The brothers mined The Rockwell Museum’s collection in order to create 40 visual stories. Each object has been installed in a unique grouping designed to alter its original meaning, encouraging us to view them in a new light. In 40 for 40, the artistic creation is the new context rather than the objects themselves.

The Rockwell is just one of the many family-friendly museums and attractions in the Finger Lakes.

Located to the northwest of New York the Finger Lakes region provides a perfect fall getaway. With harvest festivals, brisk temperatures and some of the most spectacular fall foliage in the country, autumn on the lakes is both relaxing and exciting. 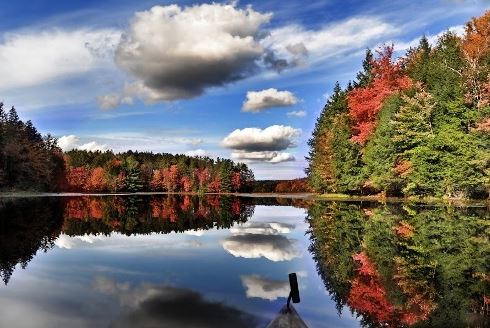 The 2016 grape harvest has ended, the air is crisp, and it’s an excellent time to visit one of the cider mills, wineries, restaurants,  and distilleries in the Finger Lakes and try some for yourself.
Learn more about the region, its wineries and other attractions visit: www.fingerlakeswinecountry.com/