You are here: Home / Food & Drink / Review: Frankie and Johnnie’s Steakhouse has Moved to a New Home in Manhattan @FandJsNYC, #restaurants
Like it? Share it!

Review: Frankie and Johnnie’s Steakhouse has Moved to a New Home in Manhattan

Aw, he was a man alright
Oh, but he was doing her wrong
Just to show you what can happen

Oh, if he was your man honey
Let me tell you he was doing you wrong
Let me tell the story

New York City is home to some of the world’s most iconic restaurants, and many of these have a long history, including Frankie & Johnnies steakhouse, a Theater District icon since 1926. Those of us who love old New York know this iconic steakhouse as having been a ramshackle little getaway tucked away on the second floor of an old walk up building.  And what restaurant is not great if you don’t enter it – well almost through – the kitchen? Well, that Frankie and Johnnie’s has been replaced by a brand new location  at 320 West 46th street in NYC’s Theater District. 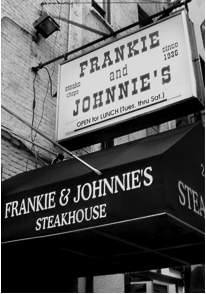 According to legend, the original restaurant was founded as a speakeasy during Prohibition.  To access the establishments, patrons used the password Frankie and a confirmation reply of Johnnie granted admittance. Unlike the famous “Frankie and Johnny” song, no one was “done wrong” and there is no password required today, of course.   The restaurant was purchased by former waiter Peter Chimos in 1985, and he and his son Gus run the restaurant in Manhattan , now relocated from the old speakeasy to the brand new space. 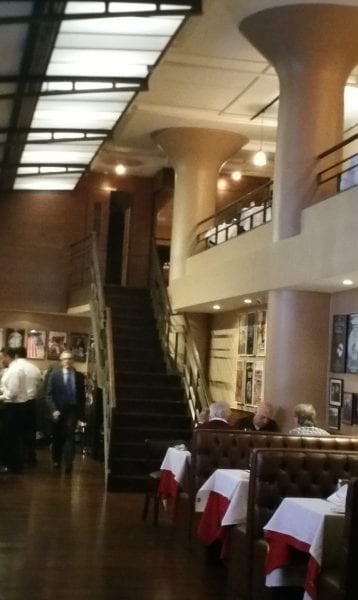 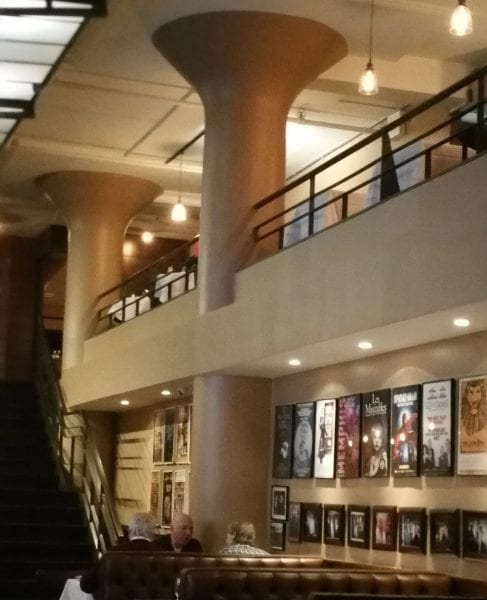 We have read some of the opinions of devotees of the old space about the new one,  and they’re a bit harsh.  Some people can’t handle change. Restaurants are in business to make money, and they must adapt to the changing environment and culture, or risk extinction. While some may mourn the scruffiness and “authentic” atmosphere of the former location, the move was a must. The new space is going to appeal to a lot more people, New York natives and visitors alike. The beautifully open and designed two story loft seats 140 seat comfortably (there’s also a private room for parties), in clean, spacious, comfortable surroundings with dark wood finishes, a large oaken bar and spacious tables featuring relaxing banquettes and  classic white tablecloths. 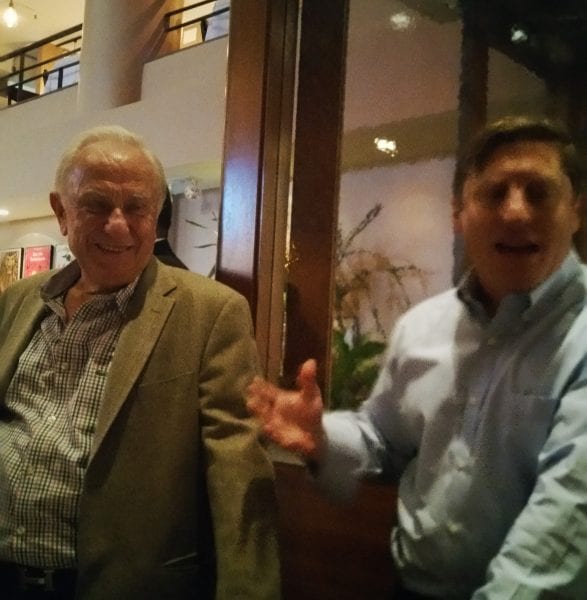 The owners haven’t tried to wipe away the history of the former restaurant and its patrons.  There are hundreds of photographs of the great and good of the Great White Way, homage to the days when the actors from Broadway shows frequented Frankie & Johnnies after the end of the show. At an editor’s dinner which we attended in early March, we met the owners and asked Peter of all of the hundreds of actors, politicians and notables who have dined at his restaurant over the past 30 years, which were his favorites.  Without hesitating for a moment,  he answered Tom Selleck.

The restaurant’s history is also seen an update in Frankie and Johnnie’s menu, although there are still the classic steakhouse favorites like dry aged prime sirloin, ribeye and porterhouse steaks, creamed spinach, and hash browns, supplemented with old school dishes like calves liver and Frenched chicken breasts.  The restaurant also features a substantial pre-theater menu with 3 courses for $55 and a $30 pre fixe.  But at this editor’s preview we were also treated to a range of dishes starting with a delicious corn bisque, a classic salad consists of coarsely chopped fresh vegetables in a savory vinaigrette dressing, a delicate tuna tartare with Asian seasonings, and a shrimp scampi with just enough garlic. A delightful surprise was the old school potato pancakes (latkes) with just the right amount oil served with applesauce. 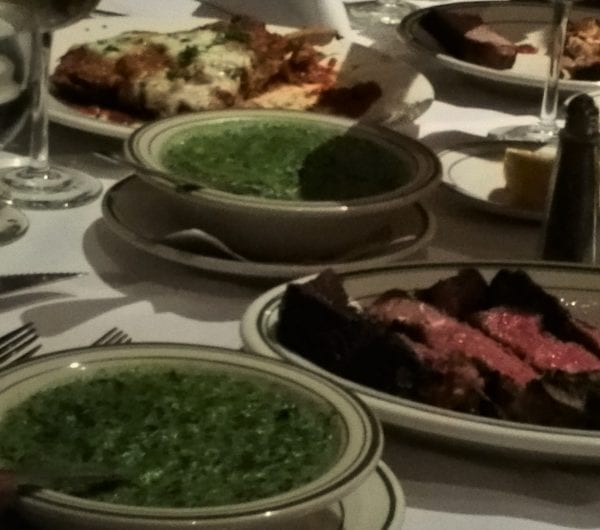 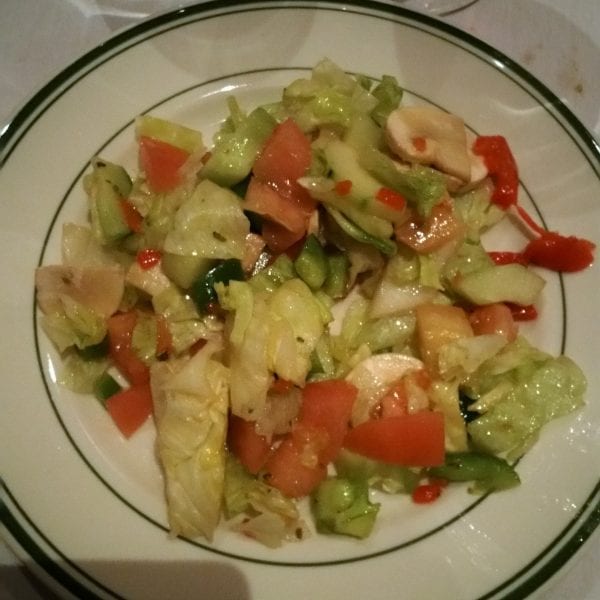 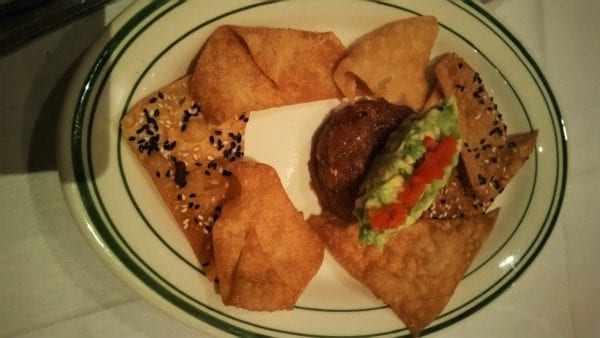 Restaurants making a large move like this could be thrown off their game, but the night we dined at Frankie and Johnnie’s steakhouse, our entrees were all excellent.  Steaks were flavorful and buttery, but to be honest you can find great steaks at most of New York’s classic steakhouses.  What impressed the (mostly male editors) at our table the most was the parmigiana style veal chop.  The thick and juicy chop was covered in a tangy red sauce, and a hearty amount of mozzarella.  By the time dessert arrived, we were almost tapped out, but we managed a few bites of a cheesecake and a bit more wine from the extensive (though new world-centric) wine list.

The new restaurant just opened in January, and there are still some little nits that need to be worked out in the service and the food delivery, but this new incarnation of the 90 year old classic is a great midtown dining choice that is sure to eventually win over those who are moaning about the move, and gain a lot of new fans in the future.

For more on Frankie & Johnnies new 46th street restaurant and its other locations in the City and in suburban Rye New York visit: http://www.frankieandjohnnies.com/