You are here: Home / Alison's Blog / he’s a great guy but there’s this one thing….
Like it? Share it! 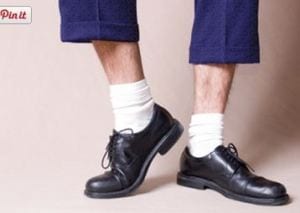 A READER ASKS: I am in love with my boyfriend Mark, but there’s this one thing about him I really don’t love. I hate the way he dresses. Mark makes a decent living and he can afford to dress well, but he has no sense of color or style. Even though we have been dating for over six months, I don’t think I have ever seen Mark in anything “new.” In fact, his clothes always look a bit worn. Worse, they look like they’re overdue for the laundry bin. And  he wears brown socks with black shoes, and pants that are too short with the same, worn, cracked, fake leather belt that doesn’t look dressy enough for work and is too formal for jeans. Sometimes, he looks downright ‘homeless,’ with shirts with frayed collars, shoes with holes in them, and so forth. Don’t get me wrong..Mark is a great guy, but Mark looks so disreputable that I’m afraid to introduce him to my friends. I always take the time to look nice for our dates, so why can’t he make an effort. I’m beginning to wonder if there is something wrong with him. Is there any direct way to tell him that he needs a serious image makeover without ruining the relationship? HELP! 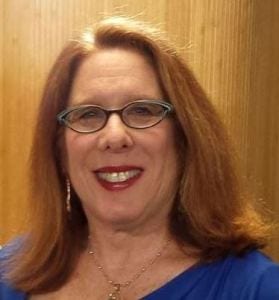 When a man dresses like a hobo he is usually conscious that he is doing it. Mark probably is making the statement that he doesn’t want to look like everyone else. What he fails to realize is that while he doesn’t have to be a clone of someone in GQ, his refusal to dress within the realm of what is considered “normal” sends the message that he wants to stand out, and push just about everyone away.

As long as Mark is not physically unclean, you might have to gently tell him that if he wants to be introduced to the people that matter to you, he should take your feelings into consideration and make an effort to show himself to them (and to you) in a more appropriate way.

But I’m really wondering why you want to date someone who care so little about how he looks, and how he makes you feel about it?  And why have you waited six months to speak up?  Perhaps Mark is quirky but if he realizes that the way he dresses makes you uncomfortable. he may shape up. However, if he insists that he won’t because it is what he wants to do, then he doesn’t care about your feelings.  It is quite possible that Mark feels you have to take him just as he is because he is lazy, selfish and/or perhaps has real mental problems.

My mother, wise as she was about these things,  advised my sister and I never to date a a man expecting to change him. That cautionary advice being dispensed, I do think that almost everyone is open to a little “improvement,” (especially when the suggestions are coming from a someone you love and trust).

In time, you can probably spruce Mark up a bit, but don’t expect a man who dresses like Pigpen to warm up to Armani suits any time in this century unless he gets a personality transplant and decides for himself that this is going to be his new look.

Speaking of which, after six months it might be an appropriate time to give Mark a gift of some new threads. Yes, give him some clothes. It is  an obvious ploy to get him to wear what you want him to wear…but so what? Clothes are not only a very personal gift, but most men are willing to wear things that obviously turn their girlfriends on (especially if they don’t have to do the shopping).

If Mark really doesn’t realize how bad he looks, your gifts will not only be appreciated, but they might actually change his life for the better!  And if Mark does realize that he is a lazy slob, he may just wear what you buy him just to make you happy. If he doesn’t, that is a clear sign that he isn’t going to do other things to make you happy in the future. Maybe that’s when you re-think whether or not you want to continue a relationship with him.

We are all judged by the physical image we show, like it or not.  You have to decide if getting Mark to shape up is worth bruising his ego and possibly sabotaging your relationship.  Until now, you have managed to deal with his hobo image and still love him.  But if you can no longer see past his flaws, maybe some tough love is in order.

What do you think of this advice? Would you tell someone something negative if you were in a relationship with them? I’d love your feedback–ALISON