You are here: Home / Food & Drink / Oregon wine -Taste of The Terroir: Westward Ho!
Like it? Share it!

Taste the Terroir in Oregon Wines:

Wine is an amazing thing in that it really depends on terroir. Oregon for example is famous for Pinot Noir wine the same grape that comprises all Burgundy red wines.  But again, Oregon Pinot is totally different than its French cousin.

Sangiovese grapes that produce Chianti in Tuscany simply don’t produce the same kind of wine when they are grown in Texas for example. That doesn’t mean that the Texas wine is bad, it just means that it is different.

The Pacific Northwest of the United States produces some of the best wine in the country, interestingly from Bordeaux and Burgundy grapes.  Again, they are different than their French counterparts.  For example, Washington Cabernet Sauvignon and Merlot wines are much more fruit-forward and approachable than the same blends coming from the Medoc.

Recently, we had an opportunity to attend a walk-around tasting of Oregon wines. 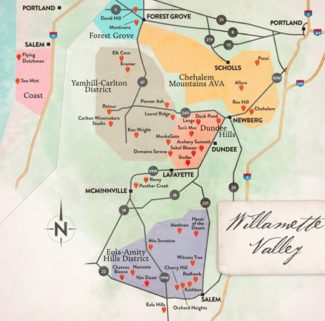 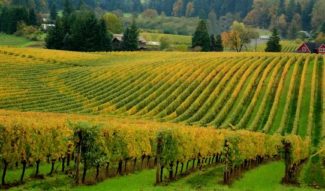 Even though Oregon grows the same grape as Burgundy, the terroir differs considerably.  The climate in Burgundy is continental, with cold winters and hot, often rainy summers. The Willamette Valley, on the other hand, is more Mediterranean, with mild winters, and hot summers with little rain.

The soils also differ, with those in Burgundy being limestone based, and those in Oregon volcanic and sedimentary.

In addition, wine making styles differ, as Oregon’s vineyards are lower density, and unlike those in Burgundy, can be irrigated.  Winemakers in Oregon also use more varied kinds of oak in their aging process.

The result is a wine that is more approachable out of the bottle than the French counterpart, with lower acidity, more ripe red fruits, and spicier overtones.  While more approachable, the less-structured Oregon Pinot Noir’s are not as good for aging as Burgundian versions.

For food pairing, Oregon Pinot Noir pairs very well with lighter meats like duck, pork, salmon and even chicken.  It pairs very well with winter vegetables like squash and is an excellent choice to pair with cheese.  Chocolate is difficult to pair with wine, but the low acidity of Oregon Pinot Noir also makes it a good wine to have with chocolate desserts.

We tried several wines at the walk-around tasting.  Some that were particularly notable were: 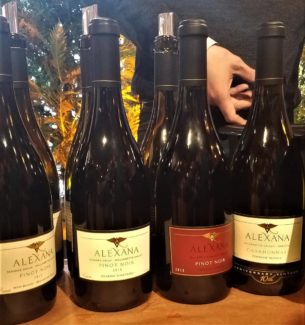 Alexana Winery West Blocks Pinot Noir, Dundee Hills, (2013: $75)  One of the very best wines we sampled,  Light red in color with a nose redolent with red fruits, the wine was fruit forward with soft round tannins and a light acidity. 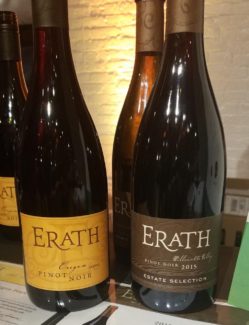 Erath Winery Pinot Noir, Willamette Valley (2016: $19).  Described by the winemaker as the gateway drug to Oregon Pinot, the wine was red in color with a licorice nose.  It was a classic Oregon Pinot, with soft tannins and a lot of red fruit on the palate. 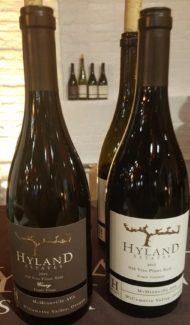 Highland Estates Winery, Coury Pinot Noir, McMinnville (2016: $60)  This garnet-colored Oregon wine had a earthy nose and a lingering palate featuring red fruits from front to back. 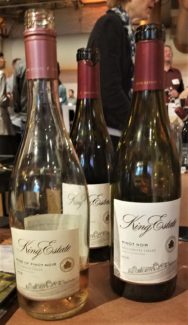 King Estates Winery, Estate Rose of Pinot Noir (2018: $22)  This pink colored wine had a floral nose with a dry but sweet taste of cherry, berry and sugar plum.

Stoller Family Estate Pinot Noir, Dundee Hills (2017: $30)  Light garnet in color the wine had a very spicy nose.  On the palate, there was a lot of red fruit up from with a nice peppery presence on the finish.