You are here: Home / Relationships / The Weavers on Wednesday” their 1951 videos & Reminiscing About Pete Seeger #music
Like it? Share it! 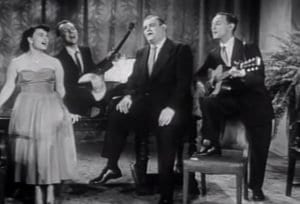 What are the events that profoundly shape your life? For me, one was attending Camp Trywoodie in Hyde Park New York where many famous actors, artists and singers brought their children to play, and who stayed to entertain. But the one who was there most often and who was beloved by all for his sing-alongs was Pete Seeger. Recently, a former “Trywoodie-ite” sent me a link to some songs and videos including this one from YouTube, featuring A collection of all the video recordings for Snader Telescriptions filmed in 1951 of the folk songs of The Weavers, a folk group that Pete Seeger was part of. Members of the Weavers were blacklisted during the McCarthy Era. But in that time period, Seeger spent some of his time in the summers at Camp Trywoodie when I was a very young camper. he would bring his banjo and his guitar, and we would cluster around his feet. He’d teach us all the folk songs he knew and tell us of their origin. A story always preceded the song, and then Pete would tell us the words, and everyone had to sing it with him!  Those songs, and their messages, have stuck with me to this day. 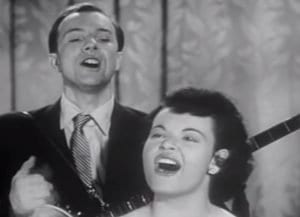 For those of you too young to know about them, the Weavers were formed in November 1948 by Ronnie Gilbert, Lee Hays, Fred Hellerman, and Pete Seeger. In 1940 and 1941, Hays and Seeger had co-founded a previous group, the Almanac Singers, which had promoted peace and isolationism during the Second World War, working with the American Peace Committee. It featured many songs opposing entry into the war by the U.S. In June 1941, the same month Germany invaded the Soviet Union, the APC changed its name to the American People’s Committee and altered its focus to supporting U.S. entry into the war. The Almanacs supported the change and produced many pro-war songs urging the U.S. to fight on the side of the Allies. The group disbanded after the U.S. entered the war.

Along with all the songs made famous by other folk singers and in foreign lands, Pete’s best-known songs include “Where Have All the Flowers Gone?” (with Joe Hickerson), “If I Had a Hammer (The Hammer Song)” (with Lee Hays of the Weavers), and “Turn! Turn! Turn!” (lyrics adapted from Ecclesiastes), which have been recorded by many artists both in and outside the folk revival movement and are sung throughout the world. “Flowers” was a hit recording for the Kingston Trio (1962); Marlene Dietrich, who recorded it in English, German and French (1962); and Johnny Rivers (1965). “If I Had a Hammer” was a hit for Peter, Paul & Mary (1962) and Trini Lopez (1963), while the Byrds had a number one hit with “Turn! Turn! Turn!” in 1965. And just in case you didn’t know it, Pete Seeger was one of the folksingers most responsible for popularizing the spiritual “We Shall Overcome” (also recorded by Joan Baez and many other singer-activists) that became the acknowledged anthem of the 1960s American Civil Rights Movement, soon after folk singer and activist Guy Carawan introduced it at the founding meeting of the Student Nonviolent Coordinating Committee (SNCC) in 1960. In the PBS American Mastersepisode “Pete Seeger: The Power of Song”, Seeger stated it was he who changed the lyric from the traditional “We will overcome” to the more singable “We shall overcome”.  *from Wikipedia 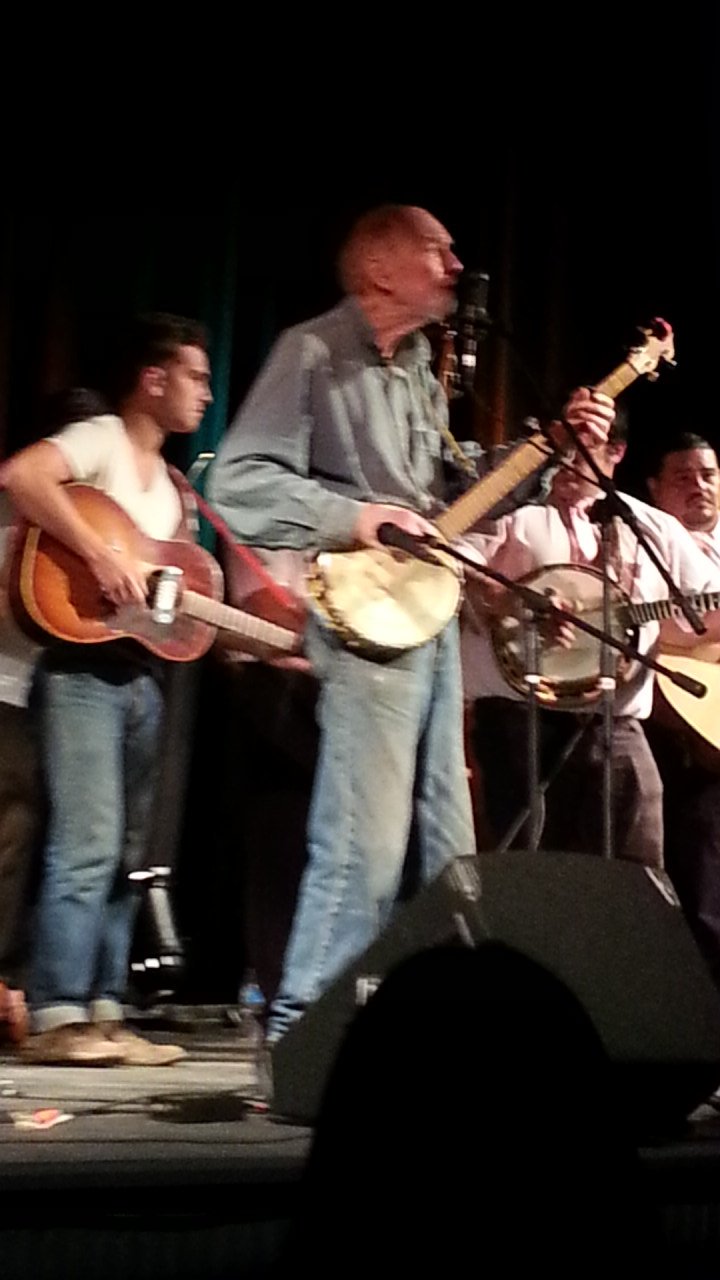 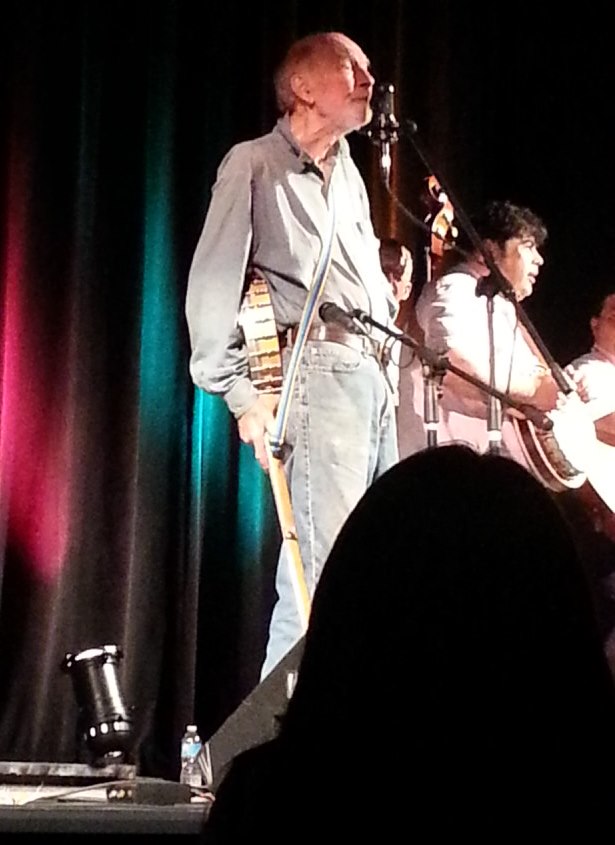 Whether you agreed with his politics or not,  Pete Seeger, influenced both folk music and activism in positive ways, and he will always be remembered for his love of music and people.  After a very long career in music and activism, Pete Seeger died at the age of 94 on January 27, 2014, in New York City.  I was fortunate to see him at one of the last concerts he ever performed just a few months before he died, at the historic Milford Theater in Pennsylvania. Here are two of my photos from that concert. Below,  the 1951 concerts of THE WEAVERS!