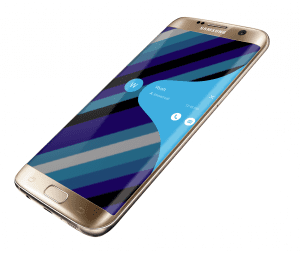 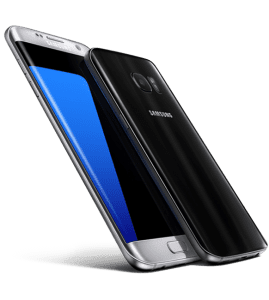 Mobile World Congress in Barcelona Spain is where Samsung has traditionally introduced new smartphones and this year it was the Galaxy S7 and S7 Edge.

While retaining the fabulous glass and metal look of the S6, the S7 has refined that look, rounding the edges giving it more of an organic look and sleek feel (as well as making it feel better in the hand and  making it easier to pick up off a flat surface), they made the home button a bit smaller while improving it’s fingerprint reader, a bezel which ends below the screen surface so that it feels and looks better and Samsung gave it a rounded as opposed to the S6’s flat back to make it fit better in the palm of the hand. They have also reduced how much the camera lens protrudes so it is almost flat to the case. It retains the same bright beautiful screen (5.1” for the S7, a curved 5.5” for the S7 Edge, 2560×1440 QHD AMOLED, or you can just think of it as fairly large, clear and bright).

Best camera in a mobile phone:    Samsung has studied their competition and learned from them. They have reduced the number of megapixels from 16 down to 12 but made each pixel bigger. Bigger pixels mean they gather more light so the camera works much better in low light situations. This capability is further enhanced by the inclusion of the largest (fastest) lens in a mobile phone. Samsung has radically changed the way you take pictures on the S7; rather than taking still photos in widescreen video format (16×9) which results in very wide or very tall pictures, they have changed the default aspect ratio to  4×3 (selectable), the same as professional or point and shoot still cameras (which means that you have 12 MP jn the center where you need them as opposed to 16 MP where many are useless on the left and right or top and bottom). So no more tall thin pictures that you need to crop for Instagram or Twitter. Videos are still done at 16×9 (videos do not use more than 8 MP so a 16 MP sensor or a 12 MP one makes no difference).

Perhaps the most exciting feature of the camera (the camera module is built by Sony, Samsung wrote the software) is the quickest and most sophisticated focusing system available today. It is called “dual pixel” and works excellently in low light which makes it a perfect match for this phone.

As with the S6 the camera has the very high end feature, Optical Image Stabilization (OIS) which in still mode reduces the effect of small movements of the camera which would otherwise blur the picture.

The front camera has not been forgotten either, 5 megapixel camera, large fast lens and it can use the phone screen as a flash.

Samsung giveth:    Since the S4, with every generation we seemed to loose some major feature (the S5 did not have a user replaceable battery nor a SD card slot for extra storage, the S6 lost those plus was not waterproof). The S7 has reversed this trend. It has an SD card slot (cleverly sharing the same tray with the SIM card) which will take SD flash storage cards up to 200 GB. And the phone is IP68 waterproof (up to 5 feet for up to 30 minutes  so toilets are no longer fatal) and dustproof.

A cute new feature is “always on” mode where a small section of the screen is always powered up and you can choose to show time and date as well as alerts. True it costs you a little battery power, less than one percent an hour but if you are like me and never use a watch anymore it is worth it, especially when you consider the fact that the battery on the S7 is 20% larger than the S6 but both phones consume about the same power per hour.

The Galaxy S7 Edge:   With the S6 people found confusing the designation Edge (meaning the concept of a curved screen which you can se a part of from the side) and the designation Plus (a 5.5 inch screen as opposed to a 5.1 inch screen). With the S7 Samsung simplified things by having only two models, the S7 which is “normal” (5.1″) and the S7 Edge which is both that and Plus (5.5″).

The S7 Edge is a phone designed for a person who is very social, moving from phone, to email, to Twitter to Instagram very rapidly (much as the Galaxy Note series is adapted for business users). It has a unique 5.5” curved screen with a special user interface which allows rapid access to shortcuts even while you are in another program. Each time you swipe in from the right you get a different set of short cuts from direct access to apps, to speed dialing of selected individuals, to a task panel that goes into an app and starts a particular task such as create a calendar entry or start a new email, and finally a set of short cuts which display stock prices, weather, or news in the icons. 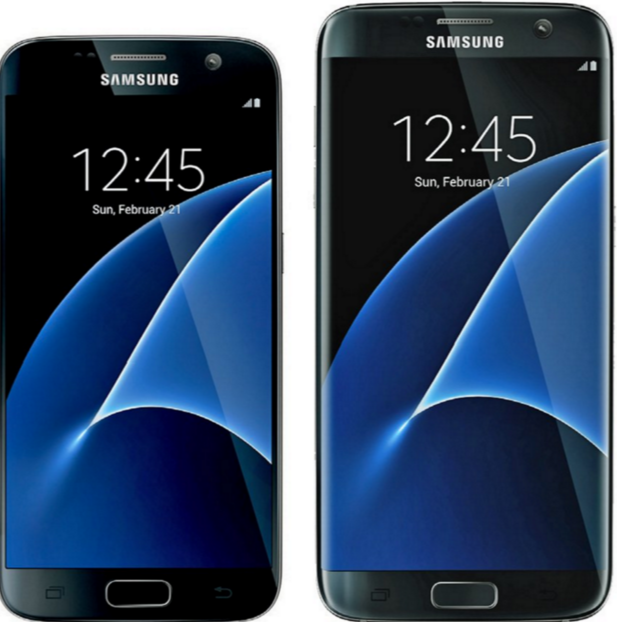 The Samsung Galaxy S7 and the S7 Edge

Conclusions:    The S7 IS the best mobile phone in the world. Samsung’s insane gamble to give up user loved features for the sake of style has actually paid off. This is their first smartphone since the S4 which is both better looking and has features you really want, so if you were holding off upgrading it is finally safe to go back in the pool. Obviously highly recommended.

For those who pre-order the phone (through 3/18/16), Samsung and some carriers are offering a gift (fulfilled through a form on a website): receive a Gear Virtual Reality headset powered by Oculus, plus a 6-game bundle–an estimated $150* value. For those who pre-order from T-Mobile get all that plus a year of free Netflix. See Samsung or carrier for details and limitations.