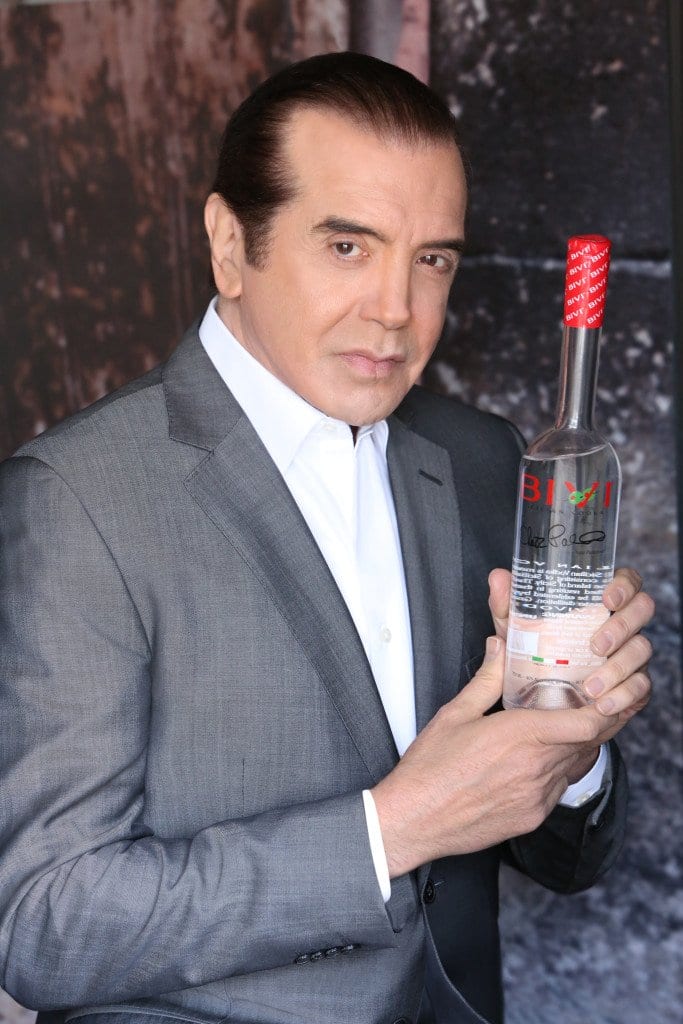 Italy is known throughout the world for wine, but this beautiful country also produces spirits.   While many aficionados already are familiar with grappa, limoncello, amaretto and plenty of other aperitifs,  vodka isn’t first and foremost on my mind when I think of Italian spirits.  Fortunately, I got a chance to try BiVi Sicilian vodka, which is not just lovely but has a lovely story attached to it.

BiVi is the first Sicilian vodka to be produced and sold in the US. It’s made from Sicilian semolina wheat and the (pristine) water of the island of Sicily.  The ingredients are handcrafted at an artisan distillery that has been producing product for generations at the same location, by Mastro Distillatore Giovanni La Fauci who built his first still when he was eleven years old.

All of this is impressive, but what makes this vodka a premium vodka is that it is very clear to the taste and very, very smooth. The reason is that it is  distilled four times  filtered ten times. 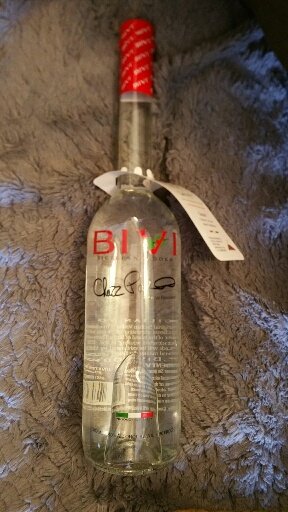 I liked the presentation too, with an elegant bottle featuring a long neck that you won’t see in run of the mill vodka.  The decoration is applied directly to the glass, no paper labels. It’s collectible. The bottle features the signature of Sicilian actor Chazz Palminteri , star of  “A Bronx Tale” star  who is the spokesperson for the product. He tells a story (it might be somewhat apocryphal ) about his association with the legendary Frank Sinatra. The entire story is in the graphic below, but to sum it up,  Chazz was invited to dinner at Frank’s house and and as Frank was finishing his martini he offered one of his two olives to Chazz. They each ate one. Later on, Chazz realized that this was an honor, a gesture of friendship, a true Rat-Pack tradition. The Bivi Vodka bottle is decorated  with two olives and Chazz’s signature.  *Editor’s Note: Perhaps that night Frank was having a martini, but his favorite drink was made with Jack Daniels  four ice cubes, two fingers of Jack Daniel’s whiskey, and a splash of water). However, the equally dashing James Bond, always drank martinis.

The holidays are almost here, and it’s time to celebrate! This vodka would also make a nice gift.  That said, I offer a classic vodka martini recipe….serve it any time, and share the olives! 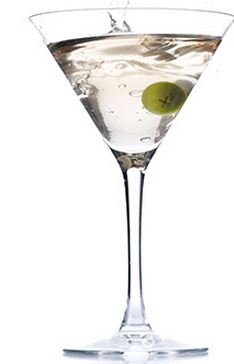 How to Make a Classic Martini

To Make the Martini:

Chill your martini glass by placing it in the freezer ; Pour the vodka and either mist the vermouth or pour it into a cocktail shaker filled with ice cubes. Either shake or stir until cold (your choice) for at least 10 seconds. Strain it into the chilled martini cocktail glass, and serve it “straight up” without ice. Add the olives to the glass, rub the rim of the glass with the lemon twist and drop it in the glass. You’ll have one serving of classic martini. 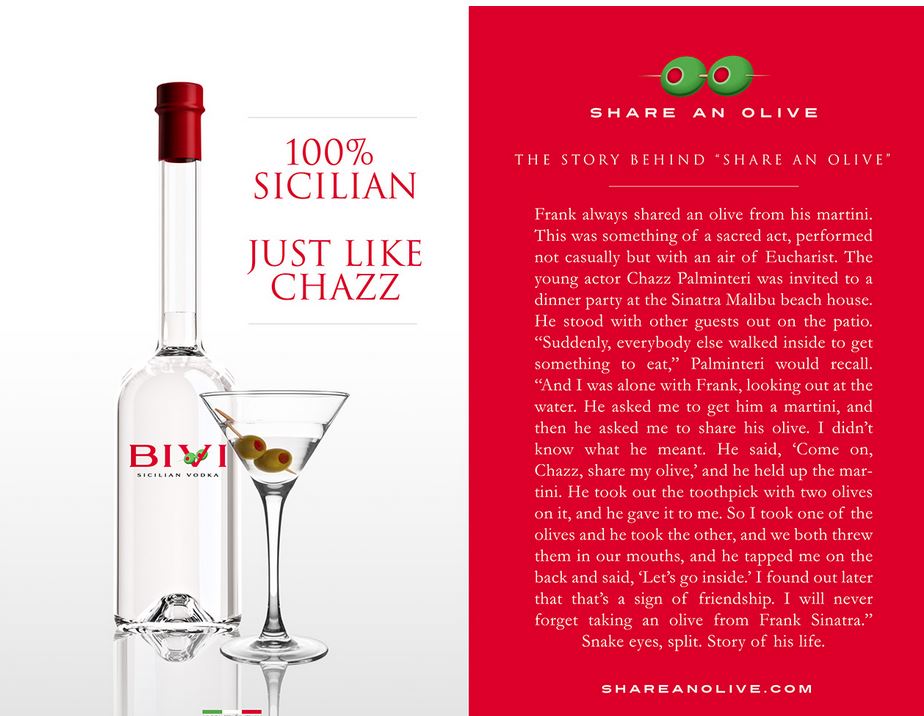 Some people believe that vodka is just vodka, but that’s not true.  The BiVi Sicilian vodka is particularly odorless and smooth, and worth the suggested retail price of $29.99.  It is available across New York, New Jersey, Rhode Island, Massachusetts, Illinois, Nevada, Florida, Connecticut and Georgia. To learn more, visit the Iconic Brands Website