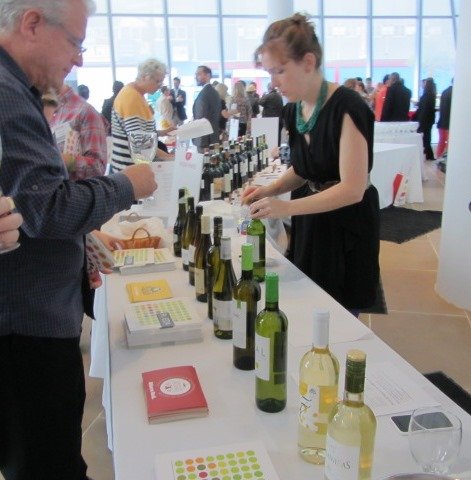 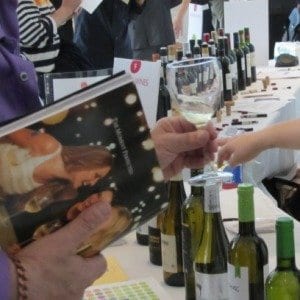 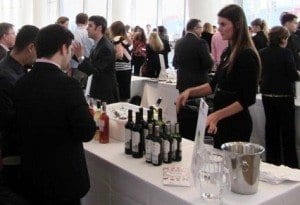 Recently, we attended a Snooth.com’s  virtual wine tasting events that focused on Spain’s Ribera Del Duero region and then in October, we were at the Spain’s Great Match event at the IAC Building in New York, where representatives of Ribera Del Duero and the neighboring region of Rueda announced a strategic marketing partnership.  According to representatives from Deinación de Origen (DO) the new “power couple” share a common legacy in the Castilla y Leon region, and with their dominance in red and white production respectively, they are well matched and harmonious.

We tend to agree that marketing partnerships like the Power Couple campaign are good for consumers, particularly those who are not sommeliers or particularly well versed in the nuances of appellations.  With all of the complexity in Spanish wines (there are 69 DOs), as reviewers, we tend to focus on particulars of a specific region, and discount much of the diversity that can be found across producers, and within the region itself.  As such, we tend to think of Rueda as producing nothing but crisp, somewhat salty white wines based on the Verdejo grape.  On the other hand, wines from Ribera are red, dominated by cherry notes, and comprised mainly of the Tempranillo grape varietal, with some blending of Cabernet, Merlot and Grenache.   By combining efforts, these two rather small regions are able to market to a wider audience and to promote a larger range of varietals. 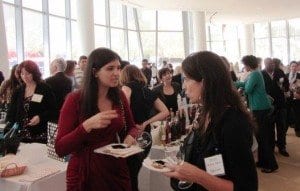 The Spain’s Great Match event itself featured over 300 wines paired with samples of olives, cheeses, meats and tapas from some of New York City’s top Spanish restaurants.  It also marked the 30th anniversary of the Wines from Spain marketing campaign.  Our focus was on the Ribera and Rueda wines, and since we recently wrote about Ribera, we took a special look at the Rueda samplings.  These all featured the Verdejo varietal, were all priced in the $10-$25 range in New York, but the style and production techniques became obvious through the tasting. 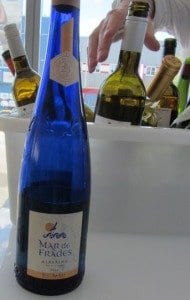 We tried two wines that would be classified as very traditional Rueda’s, both of which were from 2013.  The Carrasvinas, and the Val de los Frailes.  Both of these wines were a clear golden color, with a nose of light honey and some minerality.  The palate was as expected, lots of minerality, some saltiness and a bit of citrus on the finish.  There were some soft melon notes on the Val de los Frailes on the front of the palate.  These were followed by a Rueda from Bodegas Protos (2013), which lacked the citrusiness of the other two but again was exactly what one might expect from a Verdejo varietal. 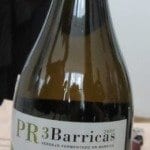 We also tried two wines that were aged in oak, one for 3 months and the other for 9.  The oak aging provided dramatic changes that reflected a lot more complexity that was found on the wines that only say stainless steel.  Castillo de Medina (2013) reflected some vanilla notes on the nose and in the palate.  The minerality of the wine was significantly toned down and there was some apple on the palate that one does not find in a traditional verdejo.  Finally we sampled a wine called simply PR3 from Bodegas Pradorey. This wine ages for 9 months, and the aging transforms it completely.  The color was golden, and the nose had strong tropical pineapple notes.  On the palate there was still good minerality, but the wine was not salty at all.  Pineapple and tropical fruits dominated the palate.  Suggesting that a lot can be done with time, oak and the Verdejo grape. 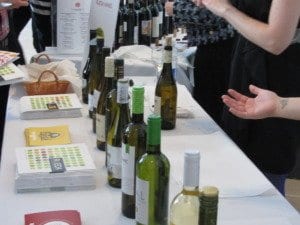 We also sampled four Ribera Del Duero offerings, ranging in price from $14 to about $55 per bottle.  The wines were all either 100 percent Tempranillo or Tempranillo dominated, and all had the ruby red color one gets from this grape.  As with the Rueda’s these wines reflected the importance of oak and age.  Starting with DO5 Hispanobodegas, Vina gormaz Tempranillo (2012) a young wine we had a spicy note and a light cherry palate.  The Compania de Vinos del Atlantico Bardo de Piedra (2013) which spent 6 months on oak feathered a stronger sweeter cherry taste on the palate.  While the representative suggested that these were designed to drink now, at $15 and $12 respectively, we felt they both could probably use a couple of years in the bottle.  Next we sampled Bodega Matarromea Crianza (2009) which is considered to be a traditional Ribera.  In the case of this wine, the spicy nose was replaced by strong plum and black fruits, and the palate was transformed to a spiciness.  This 100 percent Tempranillo wine is aged 14 months in both French and American oak which helps cast the spicy overtones.

Finally we sampled Agricultura y Bodega RRenacimiento de Olivares Rento (2005).  This wine qualifies as a Reserva as it spends 18 months in the barrel, but it is not marketed as such.  However at $55 a bottle it is priced as such.  The color was a darker red, and the nose was respondent with plumb and black fruits.  The palate featured more tannins that we had seen due to the time in the barrels, but they were not unpleasant.  The wine tasted of black cherry and some strawberry and was very well balanced. 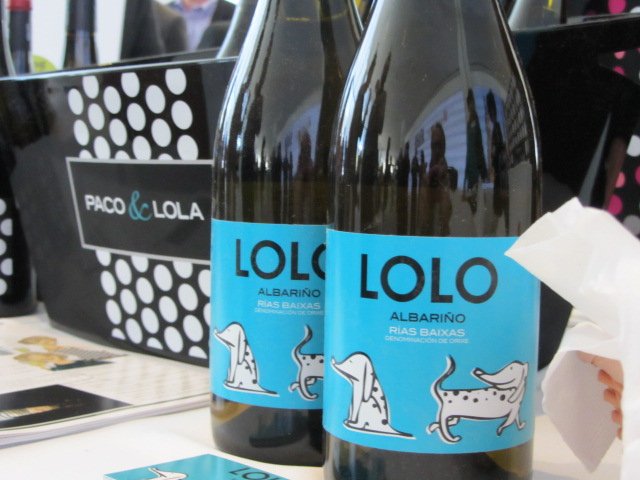 Overall, wines from Spain reflect an excellent bargain in the marketplace, and the fact that they so reflect their region of origin makes them easy to pick even for novice consumers.  If one is looking for a citrusy wine then go to Rias Baixas, for minerality Rueda, for strength Rioha, for smooth fruit forward wines Ribera.  Chances are that most of what one will find from the region will reflect the taste profile, with differences in age and winemaking reflecting more in the complexity and quality of the product.

Give them a try!

Wines from Spain is a promotional division of the Trade Commission of Spain based in New York. For 30 years,Wines from Spain has been committed to increasing the awareness of Spanish wines throughout the United States through education, informational materials, special events and promotions. For further information on specific wine regions and producers, please contact: Wines from Spain, Trade Commission of Spain, 405 Lexington Avenue, 44th Floor, New York, NY 10174-0331 or visit http://www.winesfromspainusa.com/