You are here: Home / Beauty / I failed “the Twirl” but Aced the Gillette Venus Swirl @GilletteVenus #MovesLikeNoOther
Like it? Share it! 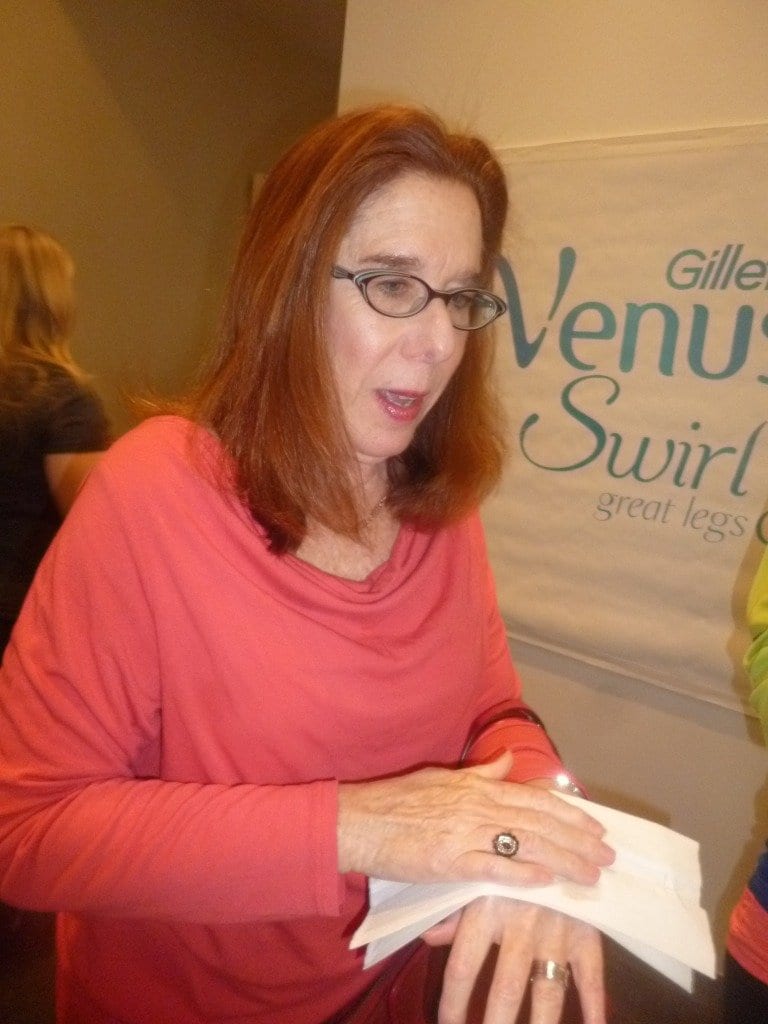 why do I have a paper towel on my hand? To put on a Venus Swirl Tattoo! 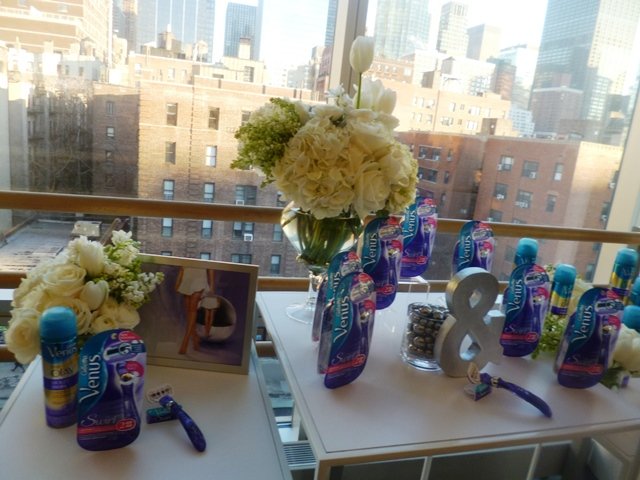 this is what editors came to see, the new Venus Swirl razor with a flexi-ball head, and the new Gilette Venus Shave Gels that stay put on your skin in the shower

It’s rare that I write a full feature on something like shaving gel and a razor, but recently The Advice Sisters were invited to an event at the famed Alvin Ailey Dance Theater in New York, and I couldn’t resist finding out what all the fuss was about.  We were promised a dance off  and the chance to show off some new moves of our own. Who could resist?

Upon arrival the first thing we did was try temporary tattoos and then saunter into a display of the new Gillette Venus Swirl razors and Gillette Venus Shaving Cream. I immediately realized that this razor had five blades (you don’t have to press as hard which means less chance to cut yourself), and a big silver ball which flexed. I later learned during the presentation that this new razor also has a water activated MoistureGlide serum that surrounds those blades to help them glide better, and a Microfine Comb that helps guide and capture hairs, so you don’t miss any. The handle is rubberized so it is easy to grip. On this new razor, the finger rest is positioned just a bit farther away from where the cartridge is so you won’t hit the cartridge release button. But the main point is that the razor flexes and pivots so it glides on the contours of your body in those hard to deal with places. If you are a butterfingers like me, or if you have skin that is less than perfect, this new razor will make a significant difference.

As to the shave gels, there are plenty to choose from, and even more than this depending upon what kind of product you are seeking. I was given the Violet Swirl with a Touch of OLAY  to try at home. This is definitely not your male-oriented shave product. First off, so many products dry your skin out. These are meant to moisturize. The violet and white streaked gel (with 5x more moisturizers)  smells very feminine, and a tiny drop of it quickly lathered into a mountain of creamy foam that really took some effort to wash off. And that’s the whole point:  if you are in the shower and you lather your skin with shaving cream, inevitably most of it will wash away before you get to using it.  This cream stays put, and when you do wash it off, your skin feels soft and moisturized and just ever so lightly scented. I really liked this! 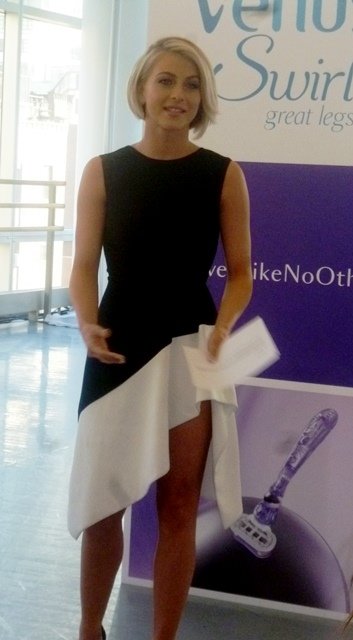 Just as we were getting the full description of the razor and the Gillette Venus Shave Gel with a Touch of Olay (more on that in a moment) dancer, singer-songwriter, and actress (and  two-time professional champion of ABC’s Dancing with the Stars) Julianne Hough showed up (to the clicking of many cameras and our cell phones) and told us that she uses the products and loves them.  We didn’t get to see her host the dance-off (that had happened earlier in the day) but it was fun to see this lovely lady in person.

Before the editors were asked to get up and literally “swirl” to the “Venus Swirl” dance step, taught by a professional choreographer, we learned a bit more about the Venus Swirl Razor and the New Gillette Venus Shave Gels. First of all, the Razor is available at Food, Drug and mass market retailers now, for about $12.59. The “shaving system” includes one razor and two blade refills, and a refill pack of blades is about $20.99.  The shaving gel is a bit of a bargain, at just $2.99 for a 7 oz. pump can.

One of the things I learned on the Gillette/Venus Web Site is how often you really need to change a razor blade. I assume this is a personal issues, but the experts suggest the following: 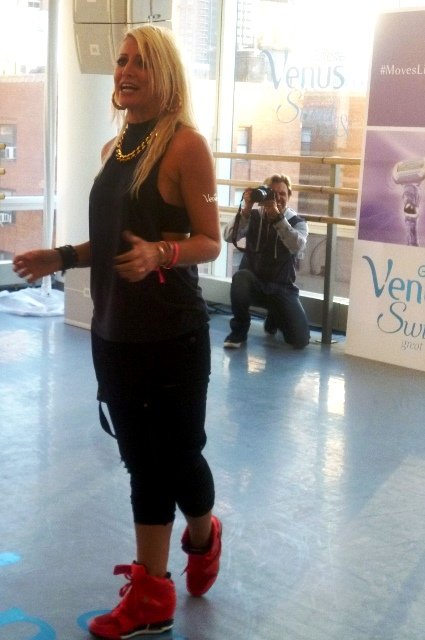 I totally failed at doing the Venus Swirl, but I was  A+ at using the Venus Swirl products!  The razor made my legs smooth with no cuts or leftover spots that I usually miss. Affordable and easily accessible, make these your next must-have beauty purchases. As I mentioned above, First of all, the Razor is available at Food, Drug and mass market retailers now, for about $12.59. The “shaving system” includes one razor and two blade refills, and a refill pack of blades is about $20.99.  The shaving gel is a bit of a bargain, at just $2.99 for a 7 oz. pump can. For more information visit the Gillette/Venus Web Site

*thanks to writer/photographer Anne Raso for the use of all of her photos (except the product promo shots).