You are here: Home / Travel, Food & Culture / Wine For Breakfast? Portuguese Wine – Its Not Just For Dinner Anymore #wine #Portugal
Like it? Share it! 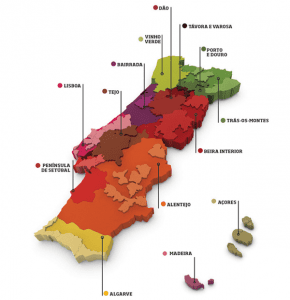 Last month the Wines of Portugal held a tasting event in New York featuring 50 wines selected by Joshua Greene, the Editor and Publisher of Wine & Spirits magazine.  These wines were selected to showcase the broad range of both styles and regions in the country.  As The Advice Sisters reported last April ion a review of an earlier Wines of Portugal Event, there are two dozen distinct wine regions and as many as 1000 different grape varietals in a country roughly the size of the state of Indiana.

Tasting events of this type can be difficult to cover, and the complexity of Portuguese wines can add to the difficulty, but Mr. Greene’s selections, and the order in which we were all instructed to try them made it a bit easier.  Even so, the Advice Sisters reviewer was only able to make it through 36 of the selections in the time allotted to him.  Its impossible to feature all of these wines, but there were some major stories that came from the combined selections. 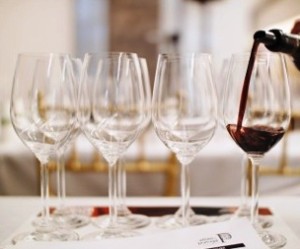 The tasting began with a number of selections from the Vinho Verde region of northern Portugal.  These wines, which feature the Alvarinho grape are to the bottle remarkably fresh citrusy and acidic.  One of the representatives, from Quinta de Gomariz suggested that wines from Vinho Verde are “breakfast wines,” and I have to agree.  For those who enjoy an adult beverage with their breakfast or brunch, these crisp, citrusy wines make a great alternative to a screwdriver or mimosa.  The sampling from Quinta de Gomariz was not actually an Alvarinho, but rather an Avesso grape.  This 2012 vintage featured a strong minerality, but was also acidic, fruity (more peach than citrus) and very clean to the finish.

Quinta da Lixa featured an Alvarinho blended with Trajadura (Aromas das Castas Alvarinho Trajadura – 2012) that was green, citric and acidic with a touch of pepperyness, while Quinta de Pacos with its 2011 Casa Do Capitao-Mor (2011) was a delimitative Alvarinho and a great example of breakfast wine.  Clean, mineral and acidic with lots of citrus and also the peach undertones. Other Vinho Verde wines featured included Soalheiro’s 2012 Alvarinho which was extremely mineral in character – almost salty, and Primeiras Vinhas (2012) which we would describe as more of a pancake wine.  Much less citric that the other Alvarinho selections with an almost syrupy (though still dry) taste profile.  The tasting left the region with a selection called Eminencia, from Idealdrinks.  This is produced from a blending grape known as Loureiro.  Less mineral and citric than the other wines in the group, this wine was more fruit driven and provided a good transition to the other Portuguese whites in the tasting.

The range of wines in Portugal is truly amazing and is very reflective of both place and grape.  The 50 wines tasting contained about 10 additional whites, ranging from salty to citrusy.  Quinta Do Boicao Reserva White (2012) from the Bucelas region and  made with a varietal called Arinto had a very sweet perfume nose with honey and peach on the palate.  Another Arinto, this one from Quinta de Chocapalha in the Lisoba region was citrusy with some mushroom on the palate, and an Arinto blend called Terrenus from Rui Reguinga Enogogia (2011)  was actually sweet and very floral.

Mr. Greene put in two Moscatel wines to break from whites to reds.  One called Vale da Poupa Moscatel Galego White (2012) from the Douro region has a kind of green freshness that one would not expect from this varietal, while Jose Maria da Fonseca Vinhos, Moscatel Roxo (2012) was extremely floral with some mineral, and a more sweet, cloying palate that one would expect from this grape. 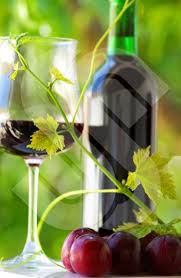 If Portuguese white wines are a complicated bunch, the reds are very difficult to categorize.  How one can become a master sommelier and understand the wide variety available is beyond this reviewer.  In the 15 reds that we tasted we found everything from overwhelming tannins to flavorful fruit forward examples.  Most were blends of many different varietals.  Some that showed very well in this tasting were Red from Quinta de Chocapalha (2008) blended from 7 varietals and from the Lisboa region,  This wine featured a palatte of raspberries and strawberries with an interesting bitter finish.  We found Vidigal Wines Brutalis (2010) a blend of Alicante Bouschet and Cabernet Sauvignon and also from Lisboa to be very fruit forward – like a California Zinfandel with a hint of licorice on the palate.  Another standout was Herdade do Esporao’s Reserva Red (2010) a blend of a number of varietales but mostly Aragones (Tempranillo),  which at $20 was a foodies favorite, flavorful and fruit forward, a real bring to party wine from the Alentejo region.

By wine 27 on the list, we were hitting some real interesting examples of Portuguese winemaking.  Casa de Mouraz Elfa (2010) from the Dao region was described in the notes as a “field blend of 30 different grape varietals.”  How any consistency can be found from such a mix can be questioned, but this example was unique with explosive amounts of black fruit.  Another of these mixes, Poeira, from Jorge Nobre Moreira (2010) in the Douro region is simply from “old vines.” This was also a very fruit forward wine with just enough tannins for good structure.  Ready to drink now, it was both fruity and spicy.

A pair of wines tasted in order and also from Douro were Joao Brito e Cunha, Quinta de San Jose Touriga Nacional (2011) which has a cloyingly sweet nose but opened into a wine that could best be described as a spicy snickerdoodle.  Red from Muxagat Vinhos (2011) had the same snickerdoodliness, but it was paired with an abundant licorice on the palate.

By this point the sheer volume of tasting began to overwhelm your intrepid reviewer, and frankly notes became quite unreadable, so we retired to some cheese and olives that were being served along with the tasting.

As with earlier tastings of Portuguese wines, this Joshua Greene selection showed that this is a great country to explore.  With the huge numbers of regions, producers, blends and grape varieties, Portugal is sure to provide a fine wine for any taste and for any event.   You can learn more at : http://www.winesofportugal.info/

** thanks to John Dunham, The Advice Sisters’ wine enthusiast, for this report.

This site uses Akismet to reduce spam. Learn how your comment data is processed.